Still Got The Jacket

Still Got The Jacket 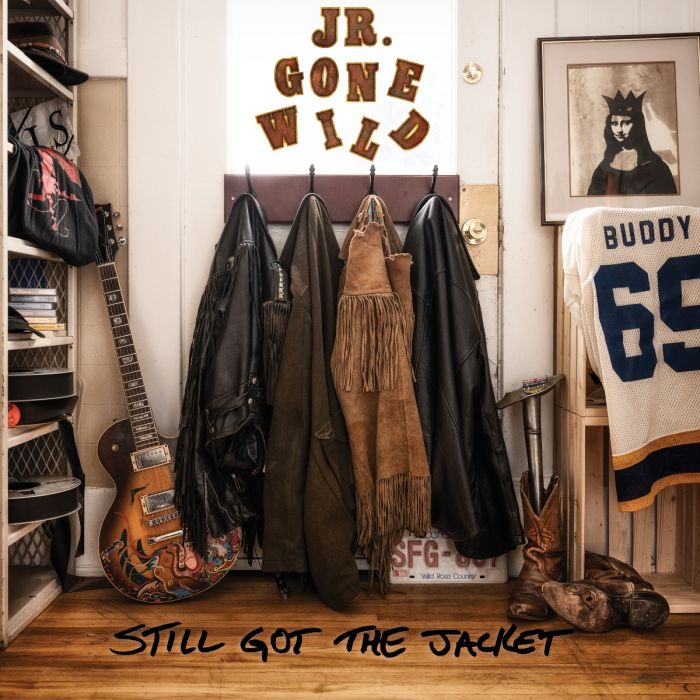 For 12 years starting in the 1980s Jr. Gone Wild would hone its own version of alt-country
on albums that have become cornerstones of Canadian music culture: Less Art, More Pop!,
Folk You, Too Dumb To Quit, Pull The Goalie and Simple Little Wish. After a reunion concert
in 2013 the band began thinking about a new album, reflective of all they’ve learned and
experienced over a lifetime in the music biz. The result is Still Got The Jacket, a 16-track
album that makes it clear that the band’s chemistry still thrives, and is still steeped in
twangy rock and melodic country-punk. For fans hearing the power pop of “Dodge” and
“Girl In The Crowd,” it’s as if no time has passed, while the raucous energy that fuelled so
many beer-soaked nights still glows brightly on “Him Or Me” and “Old And Ugly.
Now with McDonald’s nephew Quinton Herbert on drums, replacing drummer
Larry Shelast who passed away in 2019, the band is still fronted by the immediately
recognisable vocals of Mike McDonald, lead guitarist Steve Loree and bassist Dave
“Dove” Brown. A stand-out track on the album is a cover of “Fly At Night” that features the
original Chilliwack founder Bill Hendersen recreating the memorable guitar riffs from one
of his most beloved songs.